KILLING FIELDS OF CAMBODIA tells a tragic story that unfolded between 1975 and 1979 under a brutal regime—the Khmer Rouge. Under the dictatorship of Pol Pot, a drastic Marxist social engineering was imposed, an experiment that failed and claimed over two million Cambodian lives. This is a terrible story, but a story we must not look away from and must never forget.

In January 2020, I visited Cambodia. And there, amongst all the stories of atrocities, I found a story of hope. This was my greatest find. It’s a story of love that bloomed in the dark times of Khmer Rouge. It’s a story of bravery in the face of death. It’s a story about a beautiful young Cambodian woman called Bophana.

Killing Fields of Cambodia – Before Death Was Torture and Interrogation

I first saw her mugshot amongst the hundreds of other faces at the Tuol Sleng Prison, the infamous Khmer Rouge’s interrogation center in Phnom Penh. I faced a photograph of a young woman with a tag numbered 3 hanging from the top bottom of her black shirt, a beautiful woman defiantly facing the camera. The mugshot was taken during the intake process, so she knew what awaited her were torture and interrogation and death. Yet, in her eyes, I saw her strength. Her gaze reflected no regrets of having pursued love when love was forbidden.

Her mugshot inspired me to learn about her. I found she is a figure of hope in the hearts of many Cambodians. Many call her Anne Frank of Cambodia. It is through her life lived that many Cambodians have learned to cope with their country’s dark past under Khmer Rouge. Most every Cambodians know her, and perhaps many more throughout the world know her, yet I did not know her until I walked through the dark cells of Tuol Sleng Prison. But ‘discovery’ is part of the reason I travel. Later, I found some literature telling her story. Here’s my synoptic retelling of her love story.

Bophana, named after a flower, was an intelligent, light skinned, beautiful woman. When 16 she met a young man named Sitha, who became a Buddhist monk. They fell in love. Her happy days ended when the war swept over Cambodia (known as the Vietnam War in the United States of America). They were separated in its turmoil. Bophana considered Sitha lost and dead.

Years passed. Bophana suffered much, abused and raped. When the Khmer Rouge declared victory in 1975, Bophana was sent to a forced labor camp. Because she was beautiful, fair-skinned, and intelligent, she suffered harsh treatments from the young, brainwashed Khmer Rouge black-clad cadres. Her suffering was never ending. When she considered ending her own life, Sitha came to save her.

Sitha was for a longtime searching for Bophana. He was no longer a Buddhist monk but a high ranking Khmer Rouge officer. Their love held dormant for years hidden in their hearts bloomed once again into fullness. They got married when Khmer Rouge banned love, family, and pursuit of personal life.

Sitha returned to his duties in Phnom Penh. Then over the next two years, they secretly wrote love letters to each other knowing that if found they would be killed. Their letters were written in French, English, and Khmer. Bophana at times quoted from the Ramayana epics of the stories of devoted love; Sitha wrote “Believe in my love for you, my darling,” and at times he quoted from Shakespeare. Bophana often signed her letters “Flower of Dangerous Love.”

When the Khmer Rouge officials at last discovered the letters, Sitha was doomed as a traitor. Bophana was sent to the Tuol Sleng Prison where she was tortured and interrogated for five months.

Her confessions were riddled with hidden hints of her enduring love for her husband, Sitha, the hints that evaded the uneducated, uncultured, unsophisticated minds of the interrogators.

On 18 March 1977, at age 25, Bophana was trucked at night to the Killing Fields of Choeung Ek. There she was executed. Her body was tossed in a mass grave. On the same day, Sitha, 27, was executed.

Killing Fields of Cambodia – How Bophana’s Story was Discovered

Their story of love was lost. Then, many years following the fall of the Khmer Rouge, an American journalist, Elizabeth Becker, a war correspondent for the Washington Post, discovered their heart moving letters. The letters were found in Bophana’s dossier that miraculously survived the Khmer Rouge’s last-ditch effort to purge all evidence of the horrors at the Tuol Sleng Prison. Elizabeth Becker was moved by their story of love. She wrote a book BOPHANA: Love in the Time of the Khmer Rouge and introduced Bophana to the world. 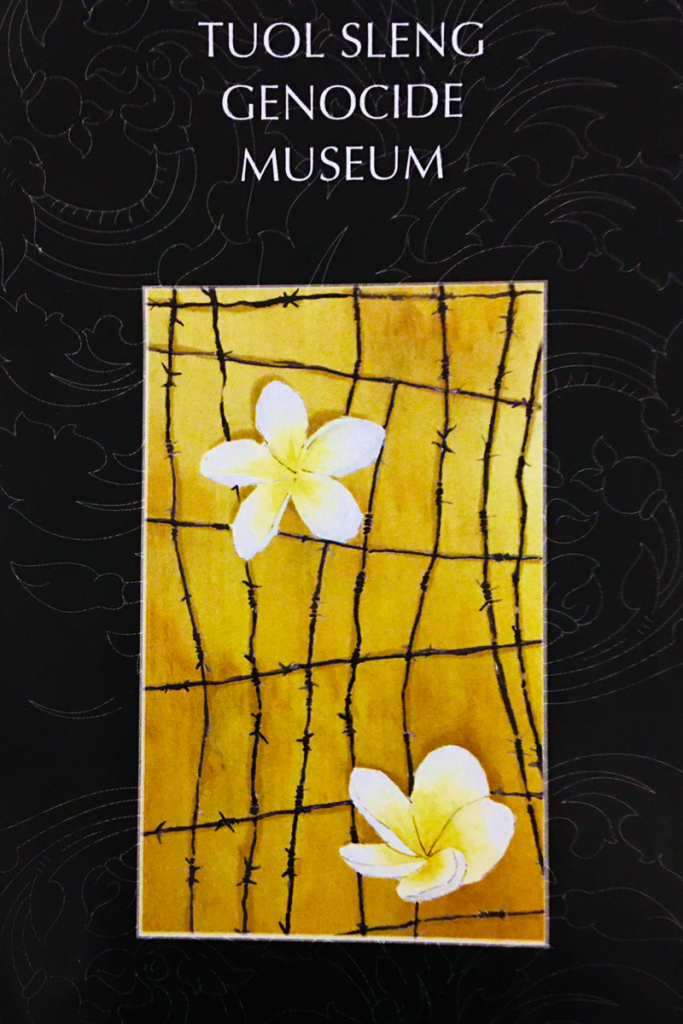 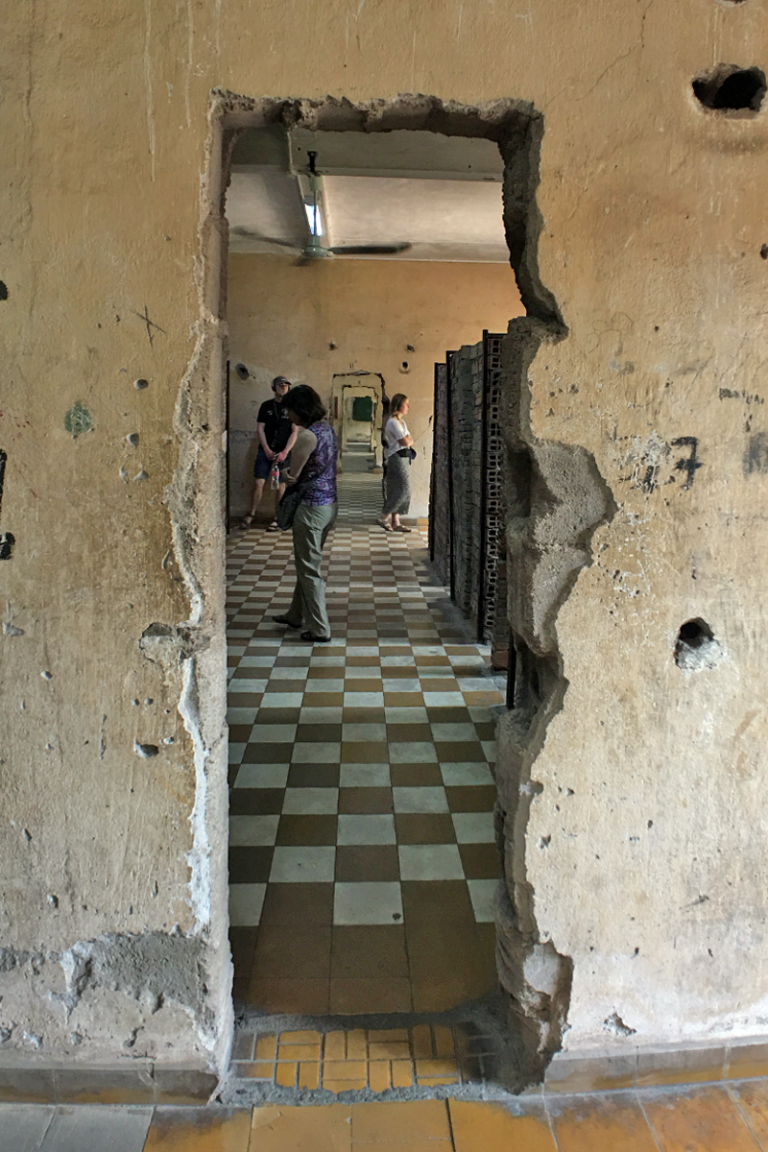 Killing Fields of Cambodia – The First Stop before Death

The Tuol Sleng Prison S-21 was a high school in Phnom Penh that Pol Pot’s Khmer Rouge converted into the country’s largest interrogation and torture center. This place was the first stop in the Cambodian Genocide before the victims were shuffled away at night in trucks to the Killing Fields.

There was a handful of foreigners who were incarcerated at the Tuol Sleng Prison. Kerry Hamill, a New Zealander, was one of them. Kerry was captured in 1978 when his sailboat Foxy Lady strayed into the waters of Cambodia.

Two months after his detention, under intense and gruesome tortures in a dank, foul, filthy chamber, Kerry Hamill made a confession. Then he was executed at the prison yard. No one knows how Kerry died. Some say Kerry was stuffed alive in a drum can and doused with gasoline and set on fire. After the fall of Pol Pot, Kerry’s signed confession came to light. It came as a testimony of his lucid, brave, clever state of mind. He confessed that his superior officer was Colonel Sanders of the Kentucky Fried Chicken.

There are about 2,000 known sites of Cambodian Genocide. The one most visited today, the place where Bophana was executed, is the Killing Fields of Choeung Ek. It is about 5 miles south from Phnom Penh. About 17,000 innocent men, women, children, and babies from the Tuol Sleng Prison S-21 in Phnom Penh were brought here at night by the truckload and executed.

In the Killing Fields at night, loud speakers nailed to the trees blared propaganda songs to mask the screams of victims as they were executed. Then the bodies were tossed into a shallow, newly dug mass grave and covered with earth. Now, wooden walkways traverse over these mass graves. Bone fragments and bits of clothing still surface to the ground. Caretakers collect them weekly.

The most horrific story I found at Choeung Ek is the ‘Killing Tree.’ Here, babies and small children were flung by their ankles against this tree and murdered.

In 1979, when the Vietnamese armies defeated Khmer Rouge and took over this part of Cambodia, they were horrified to discover this tree trunk still smeared with blood, brain, and skull fragments of the massacred babies and children.

Am I subscribing to the idea of “Dark Tourism?” Dark Tourism is a way of traveling to places that are historically associated with death and tragedy. I could be wrong, but the focus of the dark tourism at times seems to be morbid curiosity. These travelers are called “Dark Tourists.” Am I a Dark Tourist?

Whatever the label, I believe we need to visit these tragic places (unfortunately, there are far too many on our planet) to learn and understand and acknowledge the darker side in all of us, in the hearts of humanity. I’ve worked as a federal law enforcement for over 20 years, and I have witnessed some horrible things we are capable of committing. To stand on these tragic sites, to feel the vibrations of these places, to let them speak their stories to our hearts, for me, is a way to sanctify these sites so that we may never make the same mistakes again.

The killing fields of Cambodia was something that had weighed on my mind and my soul for a long time. When I was a college student, I was horrified with the news and images that came out of Cambodia after the fall of Khmer Rouge. Then I saw the 1984 movie The Killing Fields. I felt at those times that I must one day visit these horrific sites. Now that I have done so, I am comforted that these horrific sites gifted me with stories of human tenacity of love and goodness and bravery in the face of death. Sad stories they all are, but they gave me some hope in humanity. I will hold their stories in my soul until I die. 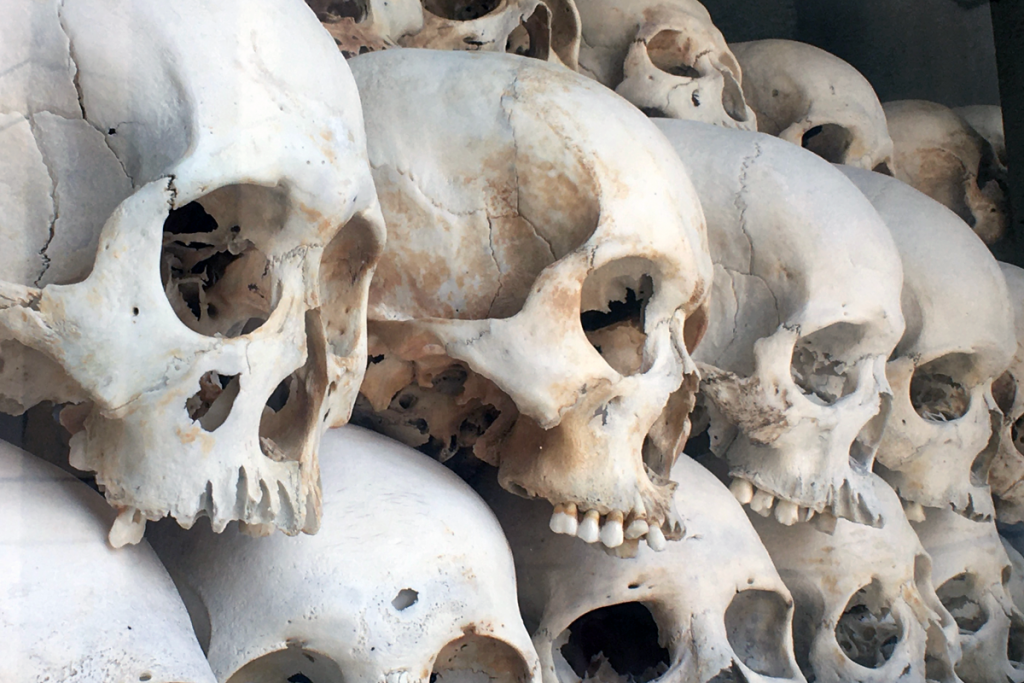