SIEGE OF SARAJEVO lasted for 1,425 days. In the history of modern warfare, this was the longest siege of a city. Longer than the World War 2’s Siege of Stalingrad, which lasted for 900 days. Sarajevo, situated in a valley surrounded by beautiful mountains with Olympic class ski slopes, was cut off from the world by approximately 13,000 soldiers holding the high grounds.

Siege of Sarajevo – The Sufferings of Civilians

Blockaded on all sides, the citizen of approximately half-a-million had nowhere to escape. No place to hide. Their only hope for them was to hunker down and survive. Artilleries, shells from tanks, mortar rounds, and small arms precision attacks by snippers—these were the citizens’ daily norm. An average of 329 bombs impacted the city each day. The highest number of shell-impacts in a day was recorded at 3,777 explosions. The city’s infrastructure broke down. No water. No electricity. No fuel. No medicine. No gas. No food.

In the winter, the citizens roamed the streets, running from cover to cover, always fearful of the artilleries and mortars and snipers. They searched for firewood, any wood, so they could burn the precious few for heat. They were always hungry. Thirsty for clean water. Many died of hunger. Many froze to death.

After nearly four years of war, when finally the siege of Sarajevo was over, the fatality count was 13,952 killed, of which 5,434 were civilians, including 1,600 children. During the siege, the daily high casualty counts created a huge problem: Where to bury the dead?

In the city under siege, finding a plot of land to bury their dead was difficult. There was an open area around the sports complex sites of the 1984 Winter Olympic. The citizens buried their dead there, where once the world had come together in harmony.

When you visit Sarajevo, it’s hard to miss the massive numbers of gravestones covering the side of a mountain, white in color like a snow-covered ski slope 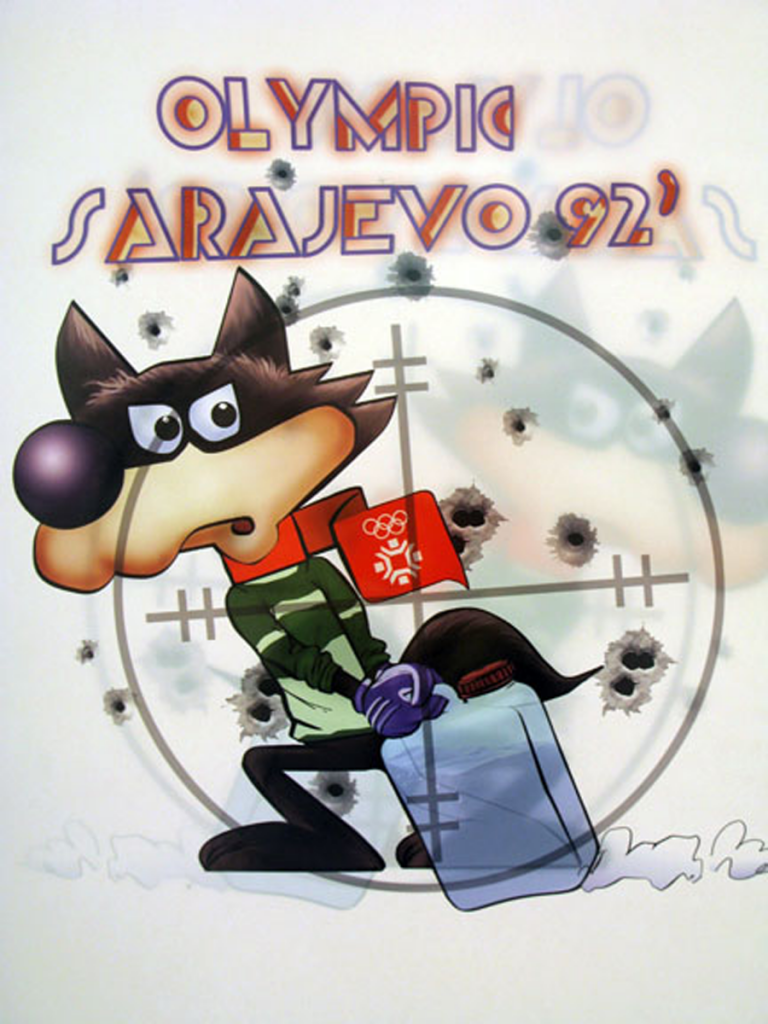 Siege of Sarajevo – The Enduring Reminders of War

In September 2010, my wife and I visited Sarajevo. What we saw, even after 14 years from the end of the siege, were the enduring scars of the war. 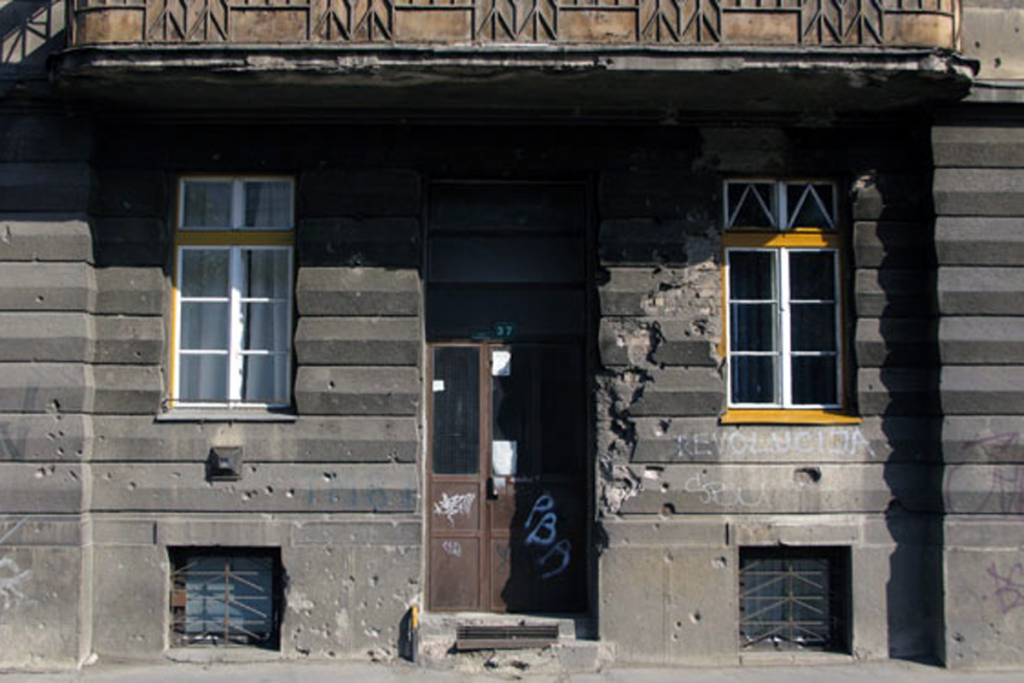 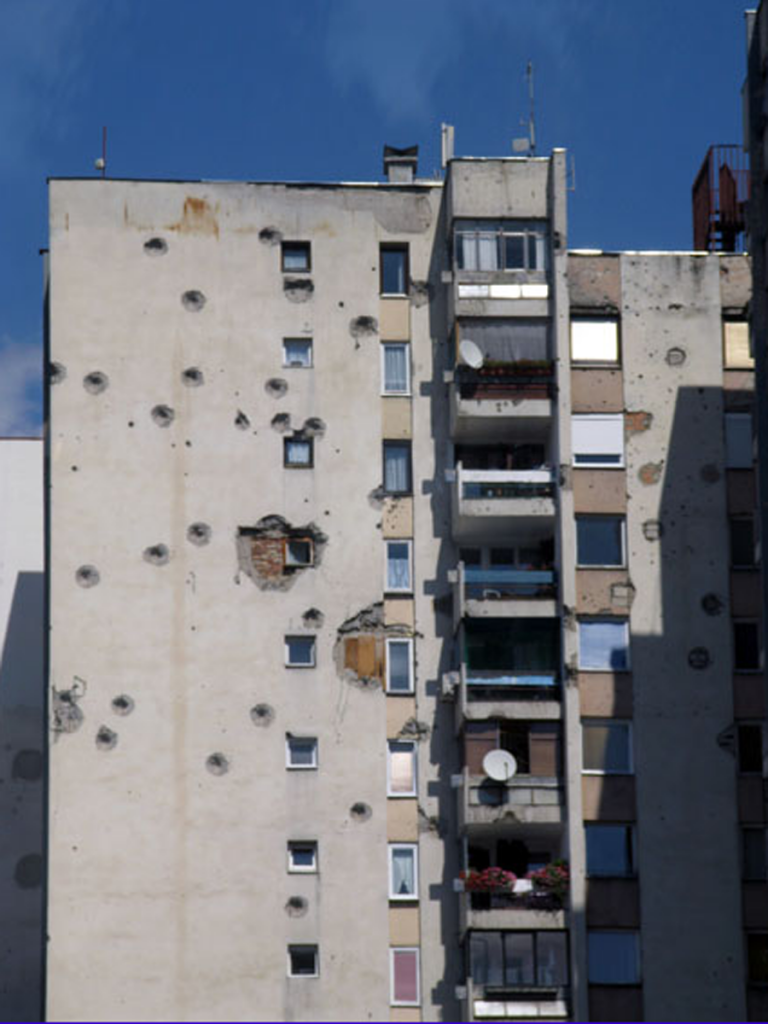 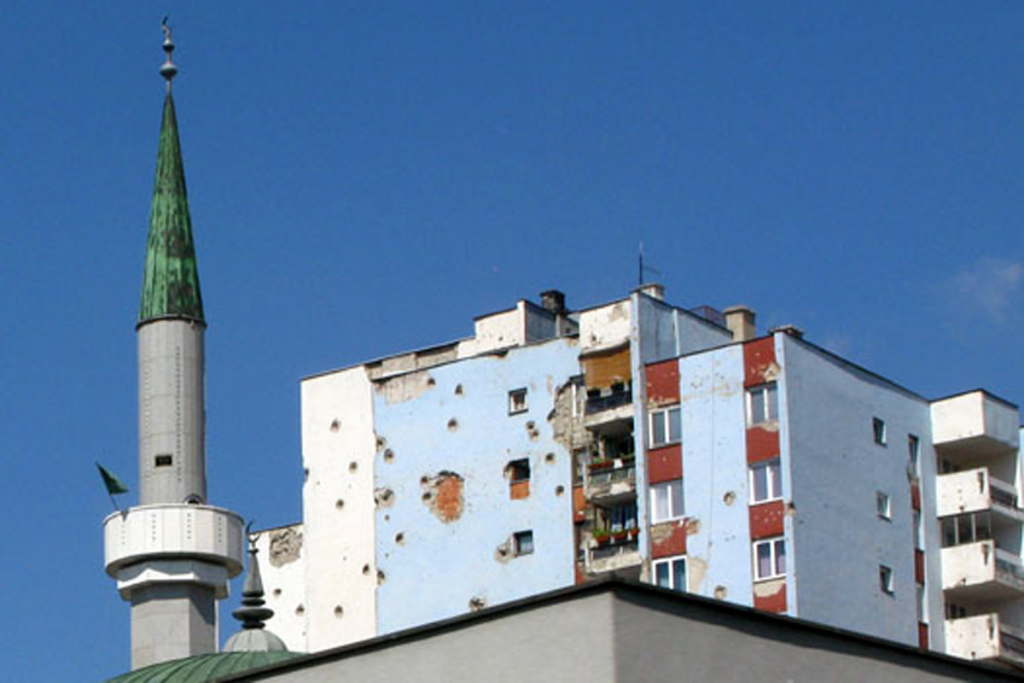 When we walked the city streets, we found on the pavement several splatters of red marks, like spilt paint. These markings are the testimonials of the fear and pain and death the citizens of Sarajevo experienced during the siege. These are the fragmentation scars of mortar impacts. These are the spots of explosions. The blast scars in the concrete sidewalks. After the siege had ended, someone thought to fill these scars with red resins as memorials for those who had died on these spots. They call them “Sarajevo Rose.” Each Sarajevo Rose marks the impact site where three or more citizens were killed. There are about 200 Sarajevo Roses in the city. 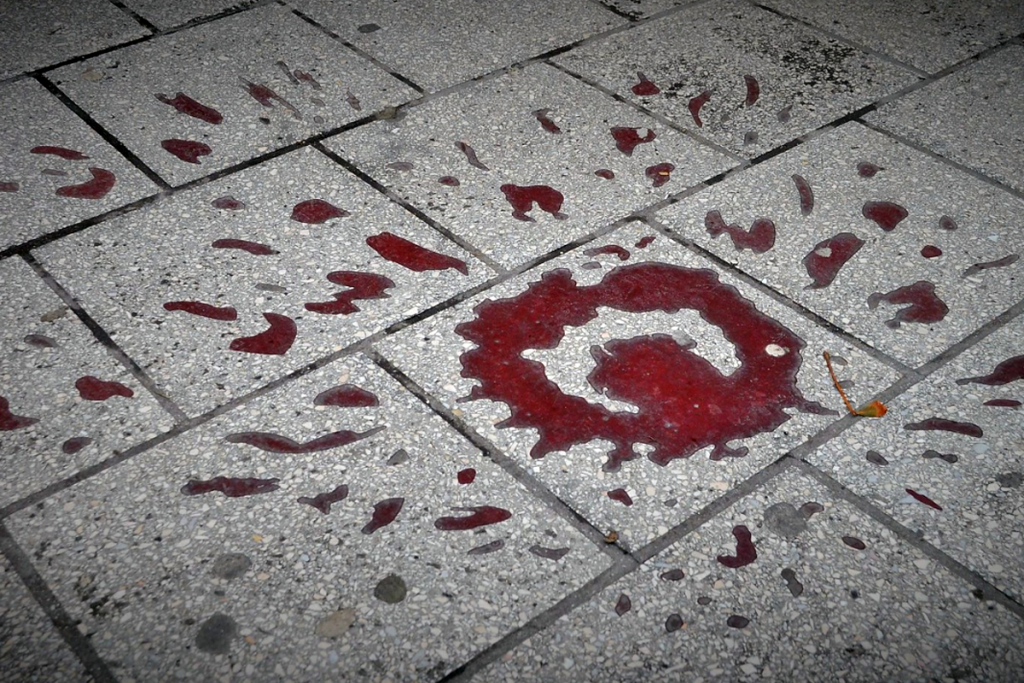 Siege of Sarajevo – The Corridor to Free Territory

When you study the photograph of a map below—the map I bought in Sarajevo depicting the siege—you can see a small corridor that connected the city with the territory of Free Bosnian.

That corridor was the runway of the Sarajevo International Airport. In July 1992, the United Nations had stepped in and took control of the airport from the Serbian Forces. The U.N. secured the airport for the airlifts of critical supplies into the sieged city. It was a small corridor, as you can see on the map, the both ends of the runway being under the control of the Serbian Forces. But this U.N. corridor, the city’s only gateway to the free world, was off limits to the Bosnians and citizens of Sarajevo. But this did not stop them. They crossed the runway, running through the gauntlet of sniper fires. Many were killed.

Siege of Sarajevo – The Tunnel of Hope

To overcome the U.N. restrictions and bypass the Serbian Forces that controlled both ends of the runway, the people of Bosnia came up with a bold plan. Dig a tunnel underneath the runway.

They called it the “Tunnel of Hope.” They had to select a safe location to start digging in secret. On the side of the Free Bosnian territory, they picked a private house owned by the Kolar family, which was located approximately in the middle section of the runway.

In March 1993, they started digging from both sides of the runway, from Free Bosnia territory and from Sarajevo. They dug by hands, with shovels and picks. At first, their work underground was lit only by the dim flames of pots of vegetable oil with floating wicks. They wheelbarrowed the dirt out. Discarded the dirt secretly. Many times, the tunnel was flooded by underground waters. They kept digging.

Despite the danger and hardship, the diggers worked on, 24 hours a day, seven days a week, working on 8 hours shift. In four months, the efforts from both ends connected—the 800 meters tunnel with the width of 1.5 meter was completed.

Eventually, they laid a pipeline through the tunnel for oil and fuel to the city. They also run communication and electrical lines. The tunnel was traversed by wagons on rails. The wagons carried food, war supply, humanitarian aids, as well as people. Approximately 4,000 people a day crossed the Tunnel of Hope.

The Sarajevo tunnel is the “symbol of the city’s struggle” during the siege. After the war, the Kolar family decided that it was their duty to preserve this important memorial of the siege of Sarajevo. They managed to secure some of the tools used for digging, a few transports carts, several bags used by people to carry food and supplies, photographs, maps, and other artifacts. They also preserved a 20-meter section of the tunnel running from their home stretching toward the airport.

What the Kolar family preserved is now the Tunnel House Museum.

War interests me. Not the mechanics of war, but the effects and aftermath of war. Especially, the impact a war has on the innocent civilians caught in its conflict. There’s something terribly wrong and sorrowful about the waging of war.

In 2006, before I retired from the Naval Criminal Investigative Service (NCIS), I had volunteered for a special mission in the combat zone of Iraq. I went to Iraq to witness the war. My job—Staff Counterintelligence Officer (SCIO) for the U.S. Marine Corps in the Al Anbar province—gave me an opportunity to travel all over Iraq, on convoys and in helicopters. I went to Falluja, Ramadi, Abu Ghraib Prison, other camps and forward operating bases, and as far west to the border checkpoint with Syria. What I witnessed in Iraq are now my enduring memories of that war.

After my retirement, my wife, also an NCIS Special Agent, went to Sarajevo on a mission. After she came back, she told me what she had seen. She told me I had to visit Sarajevo and see it for myself. At the time, we lived in Naples, Italy. So, my wife took leave, and we flew to Croatia, rented a car, and then drove through Croatia into Montenegro and then into Bosnia-Herzegovina and to Sarajevo. What I witnessed during that trip, not only in Sarajevo, but also in other cities and towns, such as Mostar, were the enduring scars of that complicated war. Why, of all the living things on our planet, are we, the humans, the only animal that have learned to kill each other on such massive scale? That, to me, is an enduring question.